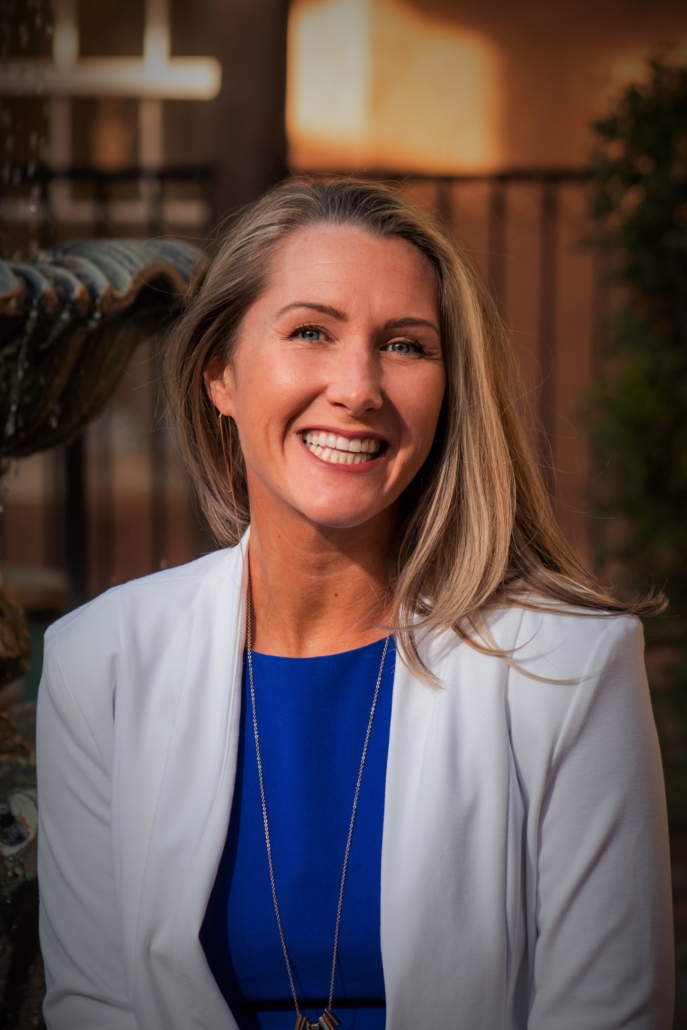 Lauren Armstrong the owner of Origin Immigration Law and has over a decade of experience as an immigration attorney.  She has handled hundreds of immigration cases and has particular expertise regarding family cases, victim advocacy, and protections for children and youth.

From 2012-2015, Ms. Armstrong worked with Catholic Charities of Southern New Mexico, where she handled a diverse caseload (including naturalization, DACA, and family-based cases) and led the agency’s programs for undocumented children (SIJS) and crime victims (VAWA, U Visa).

In 2015, Ms. Armstrong transitioned into private practice and joined Noble Vrapi, where she helped establish the firm’s Las Cruces office.  From 2015-2021, Ms. Armstrong served as an Associate Attorney and Senior Associate with the firm, handling a wide variety of cases including waivers, fiance visas, and complex humanitarian cases. 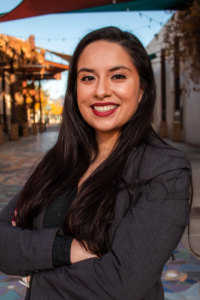 Paulina D. Rodriguez graduated from Linfield University in McMinnville, OR, in 2015 with a B.A. in Sociology and Latin American Studies. As an undergraduate, Ms. Rodriguez studied abroad in Quito, Ecuador, and volunteered with the Colombian Refugee Project, where she worked directly with at-risk refugee families in marginalized neighborhoods of Quito.

After college, Ms. Rodriguez served as an AmeriCorps VISTA (Volunteer in Service to America) with Catholic Charities of Southern New Mexico. As their Resource Development Specialist, she helped raise funds to kickstart the organization’s Defense for Deportation Project to provide affordable immigration services to low-income families in the border region. During that time, she also worked with migrant workers as a bilingual GED instructor.

In 2017, Ms. Rodriguez began working as an immigration paralegal in El Paso, TX, and later transitioned to Las Cruces, NM. She has over four years of experience working in the field of immigration and handles family, humanitarian, citizenship, and naturalization cases. Ms. Rodriguez plans to attend Law School in the future. 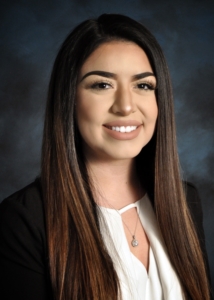 Karla D. Esparza graduated from New Mexico State University in 2019 with a bachelor’s degree in both Criminal Justice and Spanish. During her undergraduate education, Karla volunteered in helping immigrants who were coming to Las Cruces, NM from Central America and did extensive volunteer work with Noble and Vrapi P.A., an immigration law firm with a Las Cruces office at the time.

Karla is currently attending the University of New Mexico School of Law and is entering her third and final year of the program. Karla plans to graduate with her Juris Doctorate Degree of Law in the summer of 2023. She has interned with Origin Immigration Law for two summers and is currently working as a summer associate for the firm.  Karla assists in legal research, case preparation, and client outreach.

WHAT OUR CLIENTS SAY ABOUT US

Lauren was very helpful through out all the process. We have a complex situation because me and my husband were in different location and she took the time to walk us through the best option and answer all our questions. She taken care of our case very professionally. She also stand up for us during the interview to cleared out some complex matters. We are so glad we choose her to handle our case. It would have been so hard to get approval without her.

Mahlet and Yeheyes
My husband & I have been very fortunate to have Lauren Armstrong, Esq. as our immigration attorney. She is very knowledgeable and professional and has done an outstanding job for us. Everything was explained very clearly right at the beginning, we were given an estimate of how much it would cost and how long it might take.
I recommend Ms. Armstrong highly and know what she has accomplished for us, will be the same for anyone else. Much thanks and gratitude to this Immigration law firm.
SG&SS
From day one with Lauren and Paulina, we realized we were at the right place to be. Lauren and Paulina not only listened and empathized with our situation, they genuinely cared and supported us in all the expected and unexpected steps of the process. Very professional and the best part bilingual. We are eternally grateful to them for reuniting our family!!
Por experiencia propia, les recomendamos a Lauren y a Paulina para apoyarlos en sus casos con migración. A mi esposo y a mí, nos escucharon y nos guiaron durante todo el proceso a pesar de las circunstancias. Lauren es una persona que realmente se preocupa por tu situación, es siempre muy profesional, lo cual no encontramos en ningún otro lugar, y lo mejor de todo bilingüe.
Kaydee and Paulo
My wife and I got married during the summer of 2020 in a small backyard ceremony. After the wedding neither of us knew how to start the immigration process. I downloaded what I thought was all of the forms (it turned out it was not all of the forms) and discussing it with my wife, we decided to get some help. A friend recommended we contact Lauren and her team. It has been one of the best decisions I have ever made. Lauren and Paulina have made the green card process easier and less stressful than I would have thought possible. They are friendly, incredibly knowledgeable, efficient, and understanding (and bi-lingual). I would unreservedly recommend Origin Immigration to anyone, Valeria and I will definitely continue being their clients.
James and Valeria Hanson
PreviousNext

You will get an accurate assessment of your options and know the risks and benefits of each one.

We explain complex immigration processes in a way that is relevant and understandable. We will guide clients through the case, sharing what to expect and how to be prepared.

Licensed for over a decade, directly involved in hundreds of cases, our team has the practical experience to help navigate your case. We know the immigration system.

Your story matters to us. By understanding your unique circumstances we help get you through the immigration process successfully.

You will always receive high-quality representation. This includes documents that are reviewed, organized, and professionally prepared to ensure positive outcomes and case approvals.

We treat each person that comes to us as an individual and offer dignity, understanding, and empathy to clients from diverse cultures and religious backgrounds, as well as domestic violence survivors and crime victims. Whether age 6 or 86, we advocate in your best interest and work to honor your story throughout  representation. 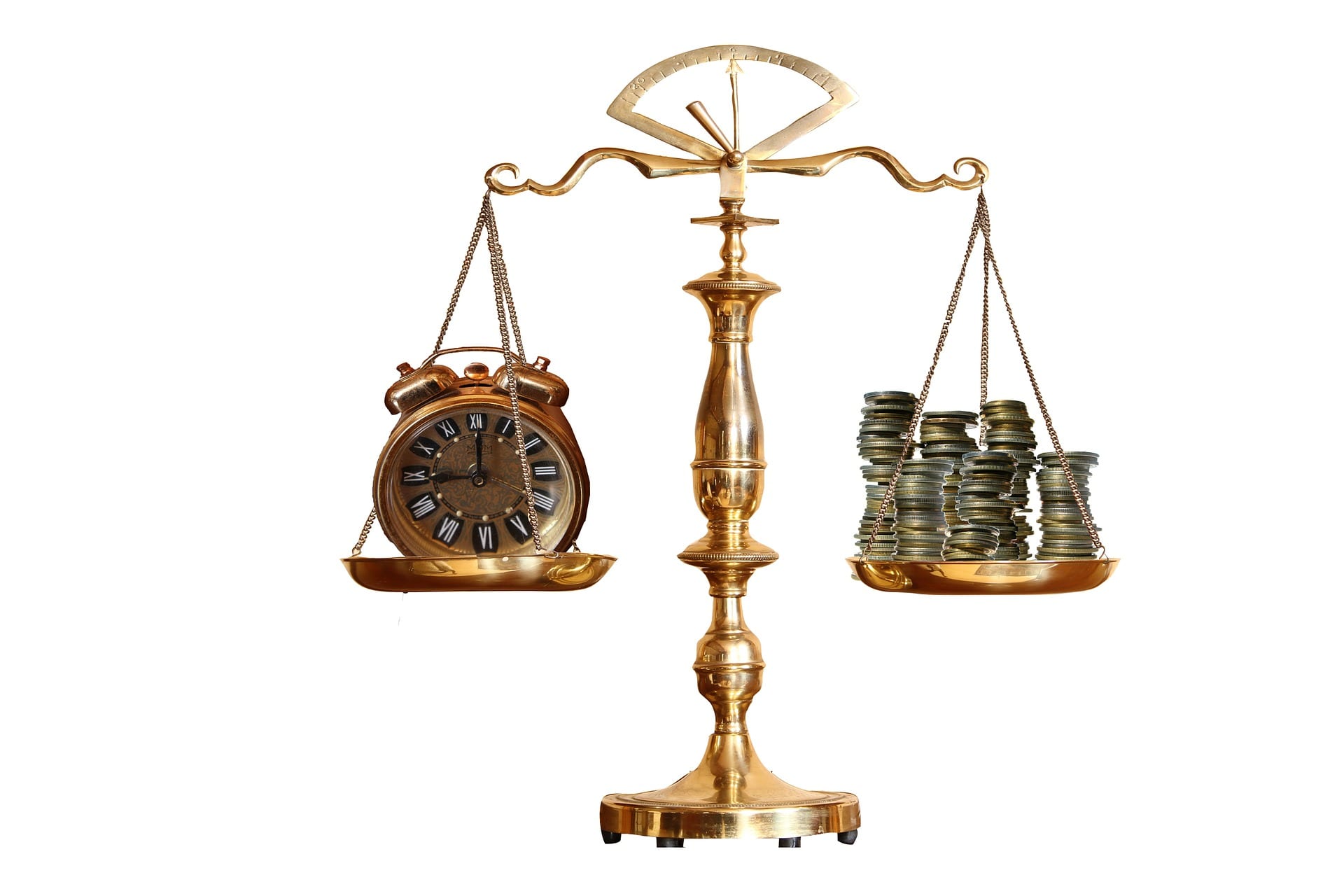 Origin Immigration Law can handle a wide array of cases – everything from routine services like work permit renewal to complex waivers and multistep years-long processes. Immigration law can be complex and costly.

Our goal is to work directly with you to ensure we are taking the steps necessary on your behalf while being mindful of what you can afford to do with us. We also look for ways to save you money. If you quailfy for a waiver of the government filing fees, we help prepare the paperwork. This can save you hundreds and sometimes thousands of dollars in legal fees. By using efficient systems, we make sure we’re never spending more time, or money, than is absolutely necessary on your behalf. We will communicate with you each step of the way, so there are no surprises about payments.